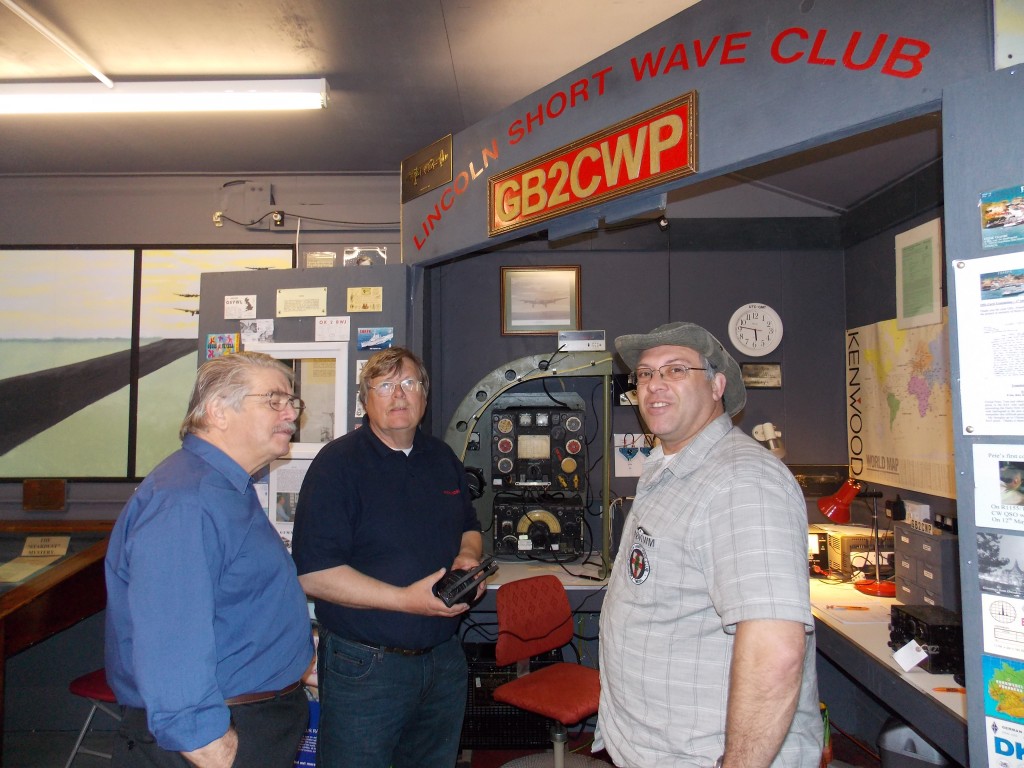 It was a lovely day at Lincolnshire Aviation Heritage Centre as the sun was shining all day, perfect if you came to enjoy the 1940’s event that was going on all day. If you had come to play radio, with between S8 & S9 of noise on 40mtrs we had very few contacts.

The plan today was to use the T1154 / R1155, but because of technical problems first with the R1155 which appeared to be deaf and was replaced with another one, then the T1154 which had HT problems though we don’t know yet if it was the T1154 or the power supply that was faulty so investigations are underway to get things sorted out.

We had a good turn out from club members with Ian M0RPD, Louise 2E0LOT, Pete G1FLL, Roger G3PVU, Dave M0KWM, myself Ian G4XFC and my XYL Lynne as Tea Lady :O( the most important person of any radio station.

Dave G1WVO who works at the centre helped out with getting a replacement R1155 for us to use (Dave G1WVO was a member of Lincoln Short Wave Club in the 1980’s but spends most of his time now as a volunteer at the Heritage Centre).