The first named invigilator was in trepidation mode for her first ‘on-line’ examination; would everything be as straight forward as the paper based exams?  Yes.  There was a slight hiccup at the beginning; she had forgotten where the PIN number was to be found and she had left her paperwork at home but Peter (2E0FGA) the second invigilator was more organised and had his copy with him so this was soon sorted and the exam began only to be followed shortly afterwards by the Model Railway people delivering equipment to their room; the wind was so strong the adjoining door kept blowing open.  Luckily they were only there about five minutes.

This interruption didn’t put our candidates off; Clive M6BGR and Stephen M6TSJ successfully completed their Intermediate Course by passing the examination. 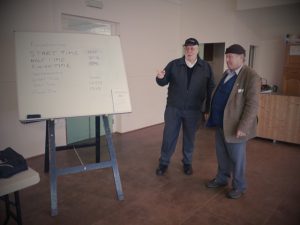 Peter and Les (G1LQB) just before the exam. 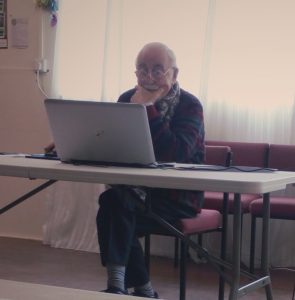 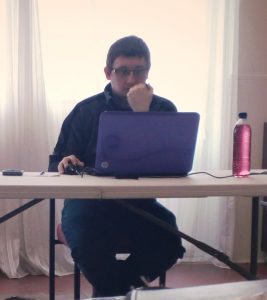 Clive and Stephen just prior to starting their exam 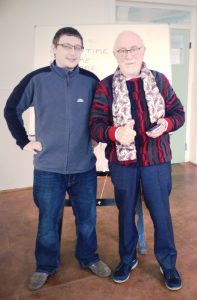 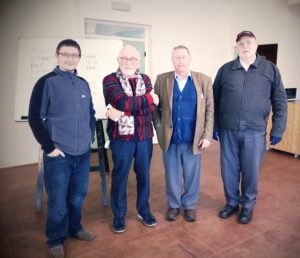