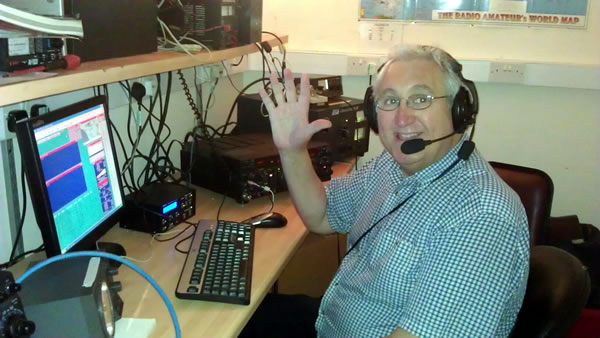 Wednesday was a day of mixed emotions for members of Lincoln Short Wave Club.

We started the day by attending Chris’ funeral and whilst it was a sad occasion we were able to celebrate the relatively short life of Chris. Penri his elder son spoke of his father’s career in broadcasting whilst Huw, the younger of his sons, reflected on Chris’ role of father. Simon M0SIY then reminisced on Chris’ career with the Lincoln Short Wave Club. The wake was held at the Stags Head on Newport.

In the evening members and spouses then attended the Poacher on Bunkers Hill for a Christmas meal at which a toast was given to
absent friends; this meal had been arranged at short notice on the Wednesday prior to Chris’ death.The evening was enjoyed by all
who attended.