This weekend members undertook more work on the clubs antennas. After the work done previously installing the HB9CV, when the mast was put back up it was found to have a high SWR. The coax used was an existing run that was previously used for 23cm which was taken down that same day with suspected antenna problems. With this coax now being used to feed the HB9CV which was also showing a high SWR the coax was now also suspected as faulty. 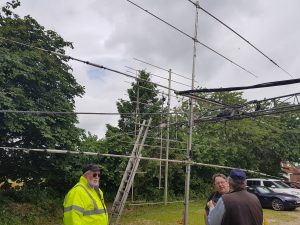 With the mast now down again a new run of coax was installed and connected to the HB9CV. The spacing between each of the antennas was also improved. 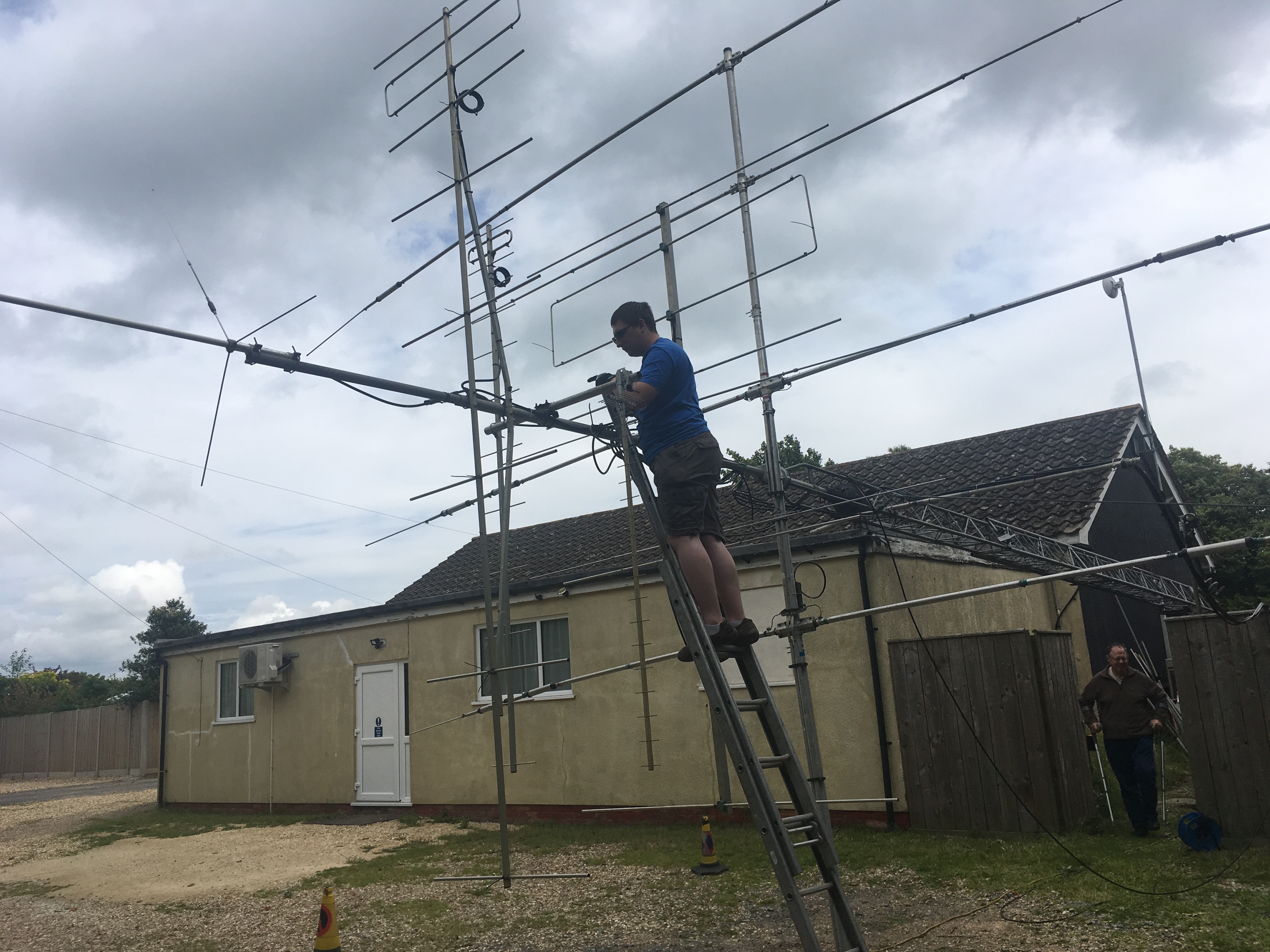 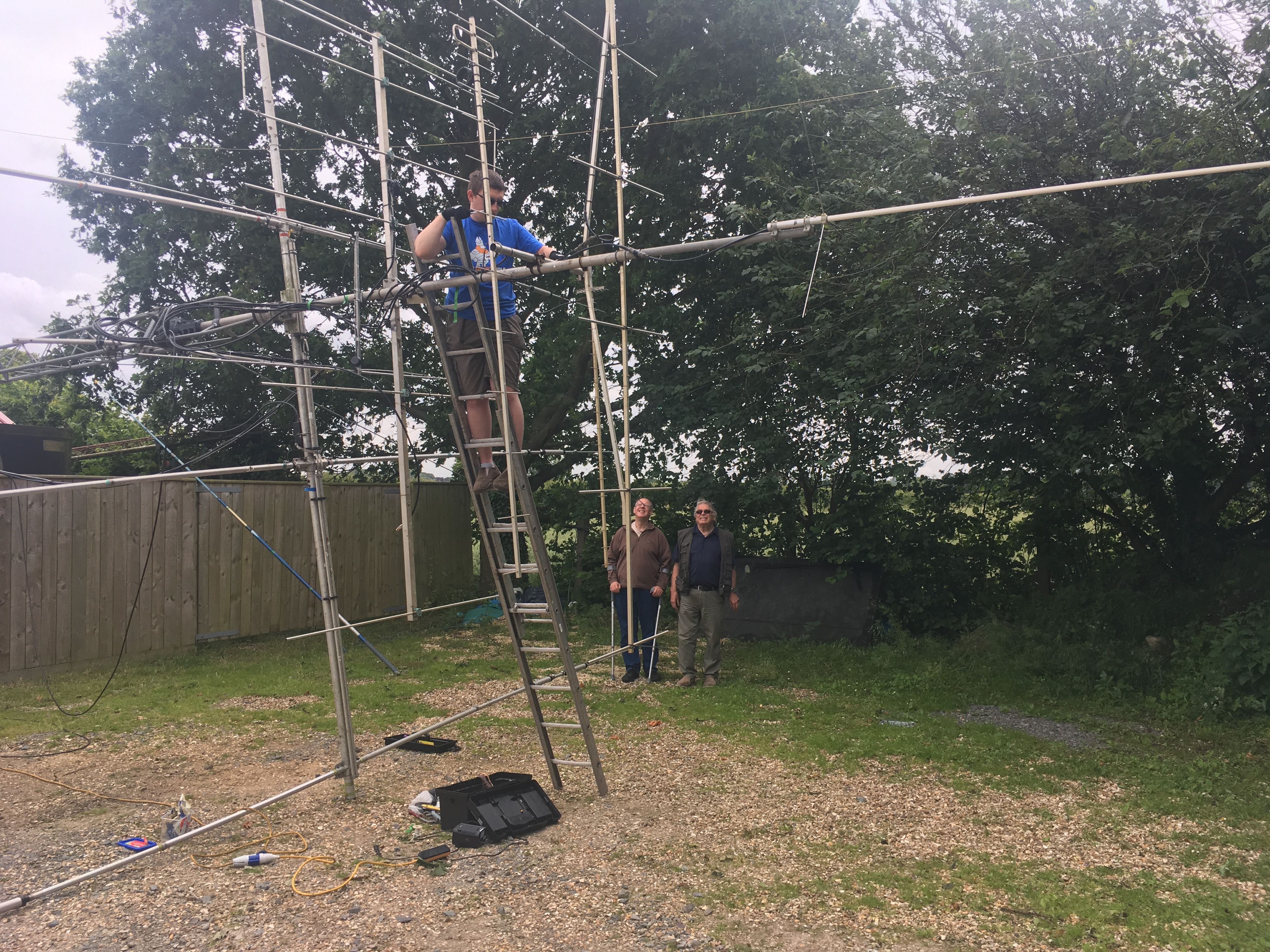 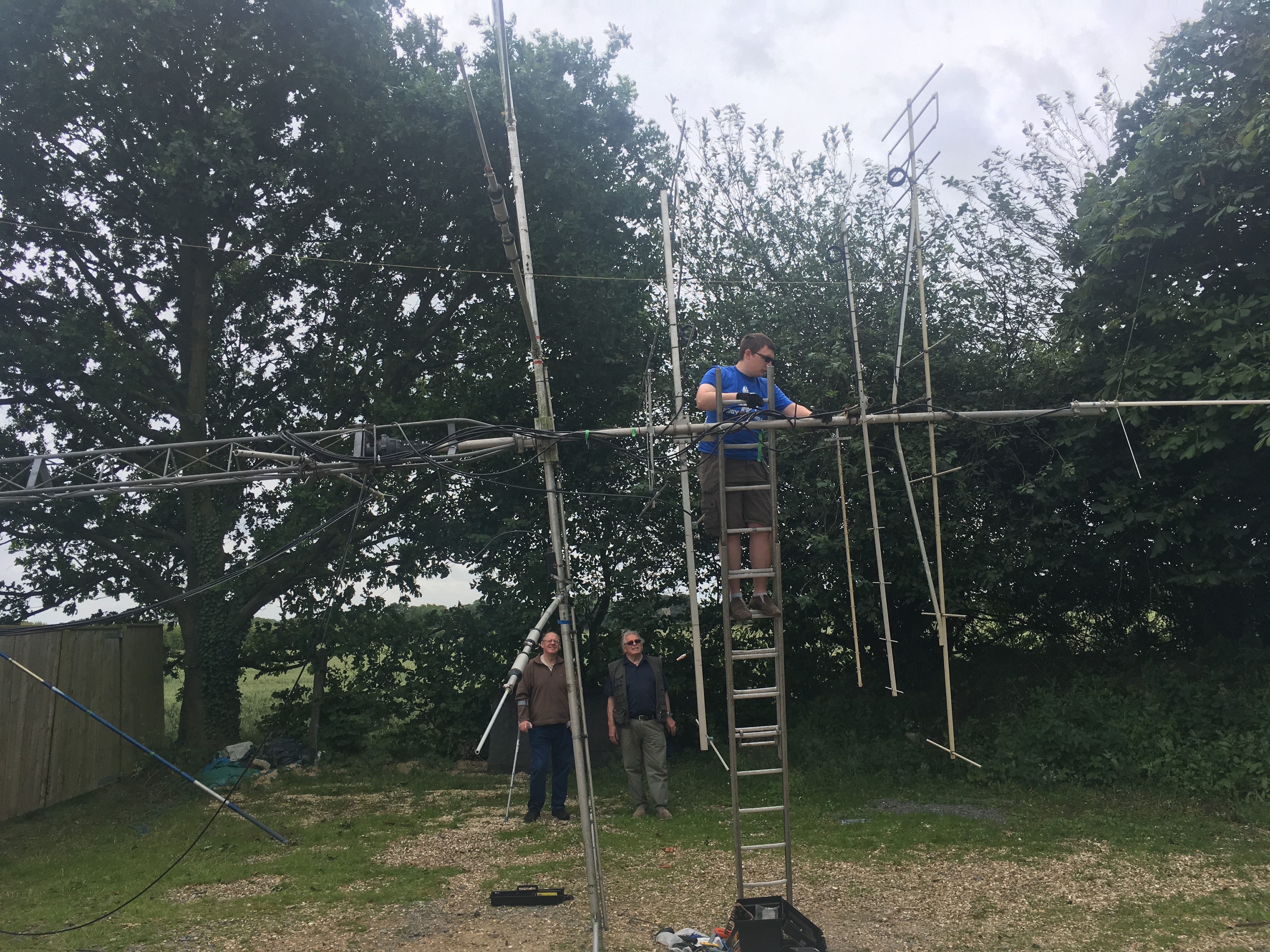 With this done it was decided to remove the connector from the end of the suspected 23cm coax to check for water ingress. What was found was as predicted, water had got into the coax and had started to corrode the braid, center core and the pin of the N-type connector. 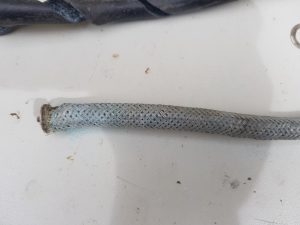 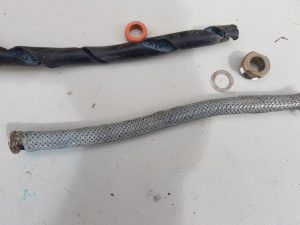 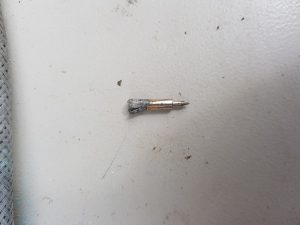 About 2ft was cut off the end to try and find some ‘good’ coax. A new connector was fitted, The 23cm antenna refitted with a second hand dipole and the mast was lifted back up. Both the antennas were tested, the HB9CV worked perfectly and its front to back performance demonstrated with an S9 signal completely gone when turned even 90 degrees away. The 23cm unfortunately still didn’t work and so further investigation is required. Next plan it to test the full length of coax with a dummy load to see if it all needs to be replaced.