The intention of this weekend was to have a social weekend for all members and to allow those who have not participated in a contest, me being one of them, to try things out in a relaxed and chilled manor.

After Preparing equipment on the Wednesday before, Les G1LQB, Stephen 2E0SSM, Alistair M0TEF & Steve M5ZZZ were down early on the Saturday morning to load up the equipment. 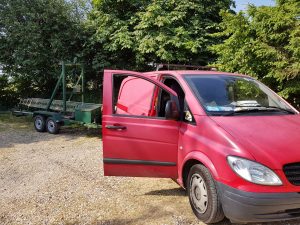 Once ready, the team headed up to the old RAF Scampton bomb dump where most of them would be stationed for the remainder of the weekend. 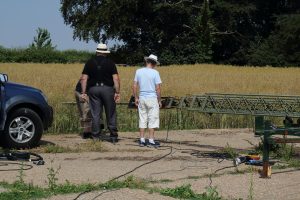 Fitting Antennas to the mast 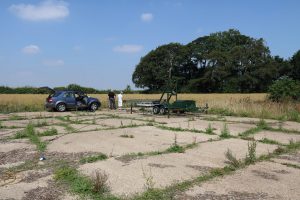 On Arrival we were soon joined by Fred G4HNQ & Peter 2E0FGA. The first task was to get the antennas mounted on the mast and the mast winched up into position. One thing that should’ve been done before raising the mast would have been to test the rotator. Unfortunately we all forgot until the station was set up, only to find the controller we brought didn’t work. Fortunately, with the shack only being a few minutes away, Stephen rushed back to search for another one. Returning a few minutes later with a replacement and the station was ready for TX testing. It was found that the log-periodic that was brought gave a high SWR on all bands and it was suspected the Coax to be at fault as it had not been used for a while. The 2/70 beam however worked perfectly. 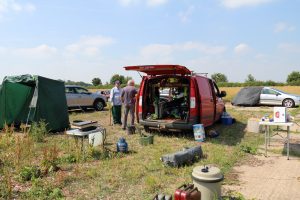 Les Setting up the Camp 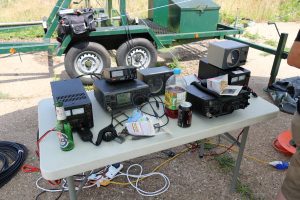 The Portable station for the weekend 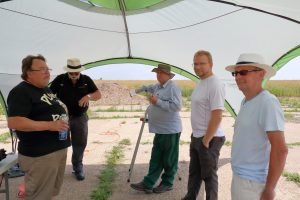 The setup team, minus me behind the camera 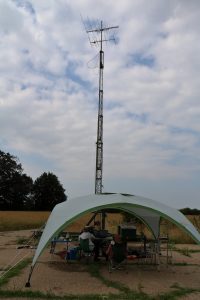 After a few QSO’s were made to test the setup all was ready for the Contest to start.

The contest soon got underway with various people taking the hot seat in front of the radio. 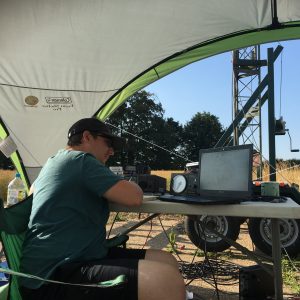 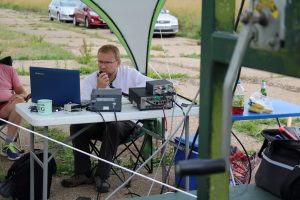 As the day progressed the contacts started to come in and as the conditions improved one contact was made with a distance of 700km on 2m. Who says the 2m band is for local contacts only? 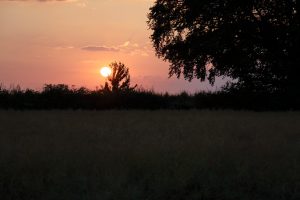 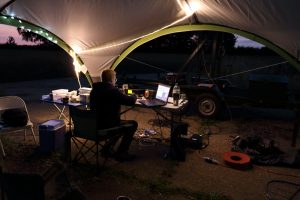 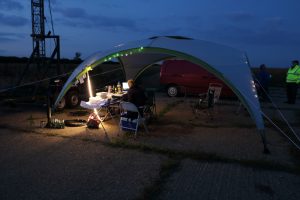 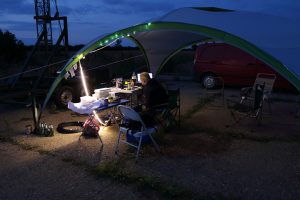 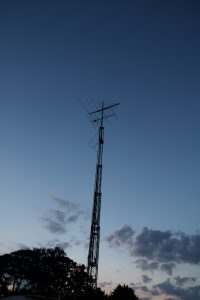 As the sun set the radio was kept in use until late into the evening. It was at this time that Stephen & Peter had to head home leaving Alistair and Les to man the night shift.

After some sleep in cars and tents Pam G4STO stopped by to provide breakfast. before heading off. Switching on the radio Alistair heard a station calling DA0FF. After checking the logging software to find we hadn’t had them before he started calling back. After battling the conditions the QSO was completed at a grand total of 786km. During the morning Fred G4HNQ returned and helped pack away.

Throughout the weekend there was a constant battle against the flies and bugs especially while we packed up on the Sunday.

After getting the equipment back to the shack everyone headed home worn out and sleepy from the enjoyable weekend.

The Grand Total at the end of the weekend was:

The log submission deadline is in a few days so we will have to wait and see where we end up in the tables. 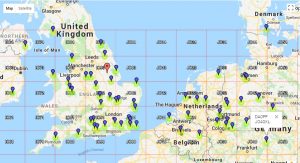 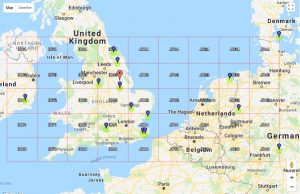 With Such a successful weekend the club intends to put on more events like this in the future so keep your eyes pealed.