On the 28th November we were treated to a talk on Amateur Satellites by Stephen 2E0SSM.   He started by talking about the different types of orbits in use by all satellites and then moved onto the more specific orbits and the various types of satellite that amateur radio uses.   A look at antenna’s and the effects of doppler shift leading to the need to correct frequencies followed.  Stephen also gave information on which frequencies to listen on and some very useful websites for those of us who wanted to try it out for ourselves.

The talk was very well received and Stephen gave a demonstration after the talk using the equipment in the club radio shack. 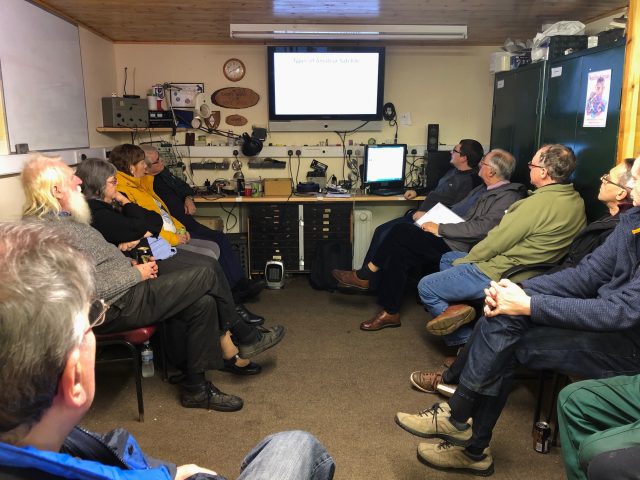