The Club is associated with the Lincolnshire Aviation Heritage Centre, which straddles the Greenwich Meridian in East Kirkby near Spilsby Lincolnshire. The centre is a restored WWII RAF base which boasts its own Lancaster bomber, ‘Just 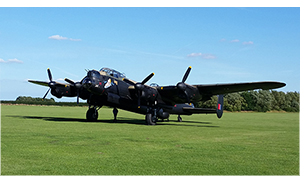 Jane’. The Centre is dedicated to the memory of the owner’s brother Christopher Witton Panton, who was killed on active service. It serves as a memorial to him and the thousands of aircrew who made the ultimate sacrifice during 1939 -1945.

Historically 57 Sqdn Lancasters were stationed at RAF East Kirkby until the end of WWII. 630 Sqdn was formed here, their last operation was on the 25th April 1945. 460 Sqdn arrived in July 1945 until disbanded in October 1945. Flying ceased in November 1945 and the station was put on care and maintenance.

From the 14th of August 1954 till 1958 USAF Dakotas of the 3917th Air Base Sqdn of 7th Strategic Air Command Air Division were based at East Kirkby. The airfield was sold off in April 1970. Purchased by the Panton brothers who turned it into an aviation museum which is now home to Avro Lancaster Bomber NX611 ‘Just Jane’. 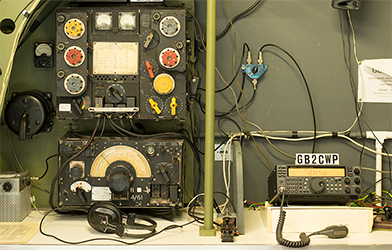 The station is situated in the Radio Museum at the Centre where present day equipment stands side by side with a T1154 transmitter and R1155 receiver of the type used in aircraft during the second world war shown on the picture on the right. The T1154 has been modified with a crystal VFO to make it more stable and we are able to use it on 3 frequencies on the CW section of the 40 metre band when conditions allow.

How to find Lincoln Shortwave Club at East Kirkby

Below is a map of East Kirkby. The shack is located in the radio room. From the main entrance go to the control tower, bear right and head for the aerial mast. It’s here you will find the entrance to the radio room. 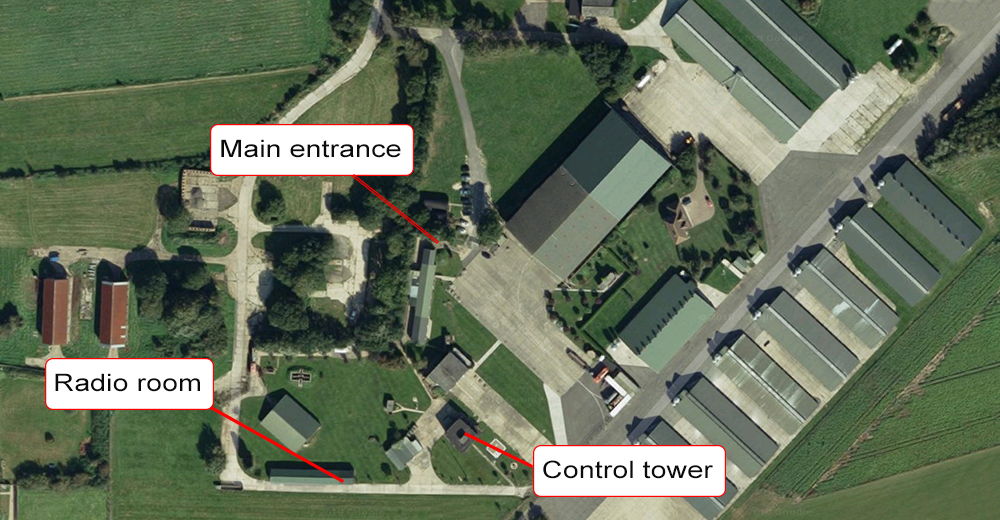 Members of the LSWC can apply for a photo ID card to gain access to the Aviation Centre and operate from the club shack. If you are interested in attending any LSWC events at East Kirkby and don’t have a photo ID card please get in touch with Adrian (M0NWK) by emailing your name, callsign and an up to date passport sized photograph. Email address is enquiry@m0nwk.co.uk

ID requests are approved by the LSWC committee and require East Kirkby to approve and sign too, so please ensure you do this well in advance of any events.

Note: If you cannot present your photo ID card on the day you will be required to pay the entrance fee.

Below are planned operating dates and times:

Other operation dates are in the ‘Whats On‘ calendar but TBC.